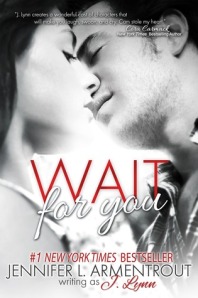 Author- Jennifer L Armentrout
Publication date- 26th February 2013
Genre- Romance, new adult, contemporary romance
Book description- Traveling thousands of miles from home to enter college is the only way nineteen-year-old Avery Morgansten can escape what happened at the Halloween party five years ago—an event that forever changed her life. All she needs to do is make it to her classes on time, make sure the bracelet on her left wrist stays in place, not draw any attention to herself, and maybe—please God—make a few friends, because surely that would be a nice change of pace. The one thing she didn’t need and never planned on was capturing the attention of the one guy who could shatter the precarious future she’s building for herself.
Cameron Hamilton is six feet and three inches of swoon-worthy hotness, complete with a pair of striking blue eyes and a remarkable ability to make her want things she believed were irrevocably stolen from her. She knows she needs to stay away from him, but Cam is freaking everywhere, with his charm, his witty banter, and that damn dimple that’s just so… so lickable. Getting involved with him is dangerous, but when ignoring the simmering tension that sparks whenever they are around each other becomes impossible, he brings out a side of her she never knew existed.
Some things should never be kept quiet…
But when Avery starts receiving threatening emails and phone calls forcing her to face a past she wants silenced, she’s has no other choice but to acknowledge that someone is refusing to allow her to let go of that night when everything changed. When the devastating truth comes out, will she resurface this time with one less scar? And can Cam be there to help her or will he be dragged down with her?
And some things are worth fighting for…

I had heard of Jennifer L Armentrout before but never J. Lynn then I did a little research and found out that J. Lynn is actually Jennifer’s older alter ego! So I stumbled upon this book one night and by sunrise I had finished it,  I loved it from start to finish, it did have some flaws but what book doesn’t!? Wait for you is another one of those typical love stories with the hot popular guy and quiet girl who slowly fall in love but have a past that they have to confront to make their relationship work. They fall out, make up and then live happily ever after.Sounds like most books these days right? But this one does have something about it that made me look past the lack of originality and that was the amazing character development! Rather than rush right in and tell the secrets of the characters and make them obviously fall in love straight away Armentrout has really built up the relationship between Cam and Avery.

It all starts with Avery bumping into Cam in the hallway on the way to class which he just also happens to be in, they end up becoming partners in a class project, Avery is reluctant to admit she likes Cam at first but when he makes it a daily thing to ask her out (Cutest thing ever!) she has to finally say yes months later. When Avery finally says yes their relationship starts to build up more and they spend more time together. Some time later her big past secret comes out that she was abused by a guy she liked at a party and her parents pretty much shrugged it off so it didn’t make their family look bad, little does Avery know that there was another girl it happened too. After confronting her past and telling Cam everything their relationship is perfect again, that is after they broke up, fell out and didn’t speak for a while! All in all it was a good story line apart from the obvious typical love story scenarios .

The only few things I didn’t like about the book as already mentioned was the lack of originality, a few spelling mistakes here and there but mainly the thing that bothered me most was the transition between chapters they were very quick and sudden, one moment they’re having a conversation and the next its a week or so later and something different is going on. I think if Armentrout was to expand some of the chapters and put more detail into certain parts it would have been perfect.

Moving on to the things I loved about this book the main one being the character development. I also really liked how rather than blurt out her big past secret to Cam straight away or him try to force her to tell him she keeps it quiet for some time only dropping small hints to him that she will tell him soon and that he will stick around and support her with whatever it is. The author has done well to keep the book exciting and keep the reader hooked and that’s what I love to get out of a good book.

I have read that there is a book from Cams POV which I may possibly read soon, there is also a book too be expected based on Cams sister and best friend. I can certainly say I will read more of Armentrout.

I am going to give this book a

If you would like to leave me some feedback or let me know what you thought of this book then feel free!
send me a tweet or leave a comment

Until next time my fellow readers

One thought on “Wait For You – Jennifer L Armentrout”